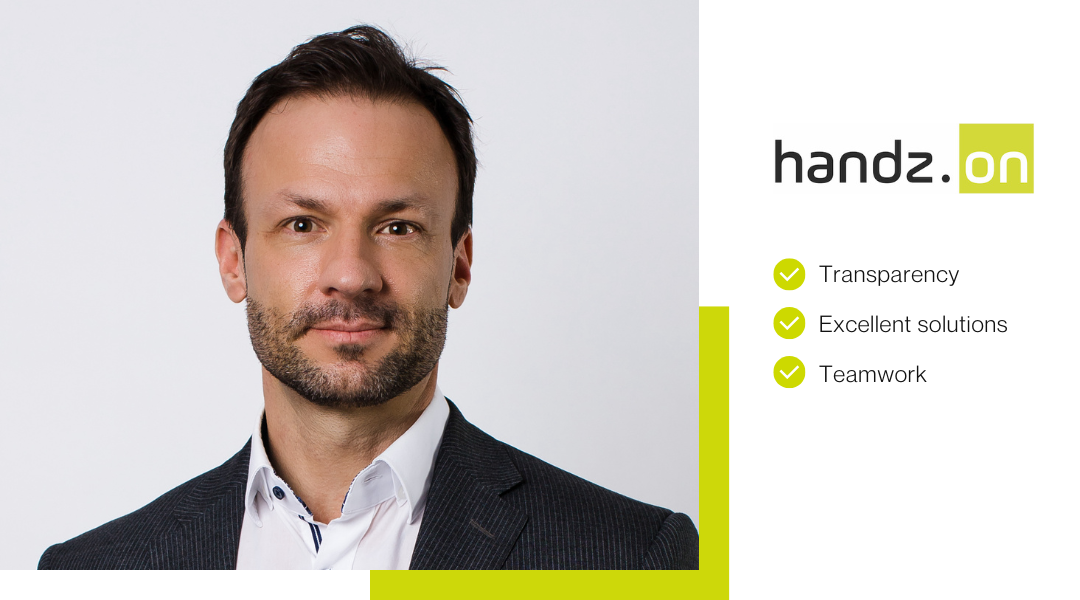 Markus Obser was always interested in ones and zeros, something he freely acknowledges. Even during his time with the Bundeswehr (German Armed Forces), he didn’t miss any training opportunity that somehow involved digital technology and computers. Nonetheless, it was almost by chance that Obser came upon his current profession, he recalls with a smile. After all, the founder and managing director of handz.on is a qualified banker.

Even back then, however, Obser was not your typical banker. “I was ticked off on more than one occasion because I would only agree to meet a work goal if this made sense for the customer,” he explains. When an opportunity presented itself in the training organization he was working in at the time to join the internal IT department, the computer enthusiast didn’t hesitate for long. He immediately became fascinated by what was for him the new world of mainframes.” The IT department looked like something from a science fiction movie – an office with large monitors and matrix-like green lettering on them.” As he looked over his later mentor’s shoulder during his introductory session, it was clear to him:

No sooner said than done: Markus Obser joined Sparkasse as a system administrator just six weeks later, took training courses on the topic of system management and became an IBM specialist. Six years later, Obser joined a consulting firm and began working in the information security department. He wanted to incorporate his previous experience in the area of system management, combine the two areas meaningfully, leverage synergies, and create transparency. “Silos have always daunted me,” he admits. But his efforts came to nothing because – even before he got to complete a first training course in his new subject area – the fledgling employee was thrown in at the deep end and had to take charge of his first, highly pressurized project as a senior advisor. He quickly realized that this was by no means the exception, thus marking a turning point for him.

“I thought to myself – there must be another way,” admits Obser. “…than to have consultants provide advice in situations where they only have a slight edge in terms of know-how and have to contend with enormous stress and where the customer only gets superficial knowledge and not very good advice.” This was an untenable situation for him and clinched the decision to become self-employed.

Markus Obser founded a limited liability company and sought out like-minded individuals who shared his vision of a different quality of IT consultancy. After three months, the first employee came on board, and then the second after just six months. handz.on GmbH now has a workforce of 25 employees and has been on the path to success for a long time.

And what does handz.on do differently from other IT consulting firms?

A lot! “We are completely self-financed and vendor-neutral,” explains Markus Obser. True to his philosophy, which his training organization already sensed at the time: “This means that we do not have to sell particular products to customers, rather that we can always and honestly offer precisely what makes most sense for them.”

Besides the expert teams of consultants, IT architects, and developers offering complementary skills and fast and seamless coordination in all work areas, handz.on sets itself apart from the competition in one special aspect in particular: “For every challenge we meet in enterprise service management or asset management we always consider the issues of data protection and information security from the outset. This means that any requirements that arise in this regard do not simply become apparent when the solution has already been developed,” explains Obser.

And handz.on also stands out from the host of other IT consulting firms in terms of employee leadership and customer relations:

“We always provide all of our new employees with specific training first to prepare them for the relevant project,” says Obser. And we always make it clear to the customer when employees are learning “on the job”. In such cases, customers only start being billed when the employee delivers perfect results.

You may not get rich fast this way, but that’s not what it’s about for Markus Obser. For him it’s about the relationship with the customer and employees – about fair and transparent performance and about employees enjoying coming to work every day at handz.on.

In times of digitalization, many companies are restructuring and adapting their processes to digital requirements. Also hospitals are affected. The security of information technology systems in hospitals must be permanently guaranteed, as it ultimately also serves...

END_OF_DOCUMENT_TOKEN_TO_BE_REPLACED 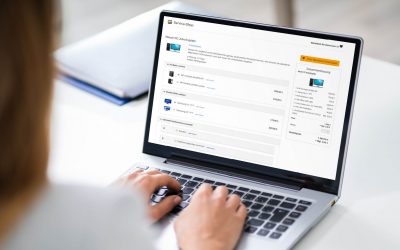 handz.on: IT consulting and development from a single source

handz.on GmbH is an exciting new player in the IT service provider market. Formerly known as scienITec GmbH, a company founded in 2008 and with offices in Munich and Dortmund, handz.on is built on many years of solid expertise that delivers real benefits for its customers.